As the old saying goes, you have to keep your eye on everyone. Keeping with the spirit of this time honored tradition we turn our eyes to China. Now China admittedly has had a love/hate relationship with the United States almost depending on what day of the week that it was.

Keeping that in mind whenever there is some sort of technological advancement that occurs inside this country it’s not totally illogical to ask whether or not that whatever the advancement might be will end up being something that could put the citizens of our great country into some kind of danger.

It doesn’t matter it it’s a new type of toaster oven or some kind of rocket, it’s something that should put us all on edge because all it takes is one hair up one backside for them to take something that they have promised is for benevolent uses and have it turn into something that could harm innocent Americans.

A Chinese university just tested a new hypersonic rocket this week, which leads analysts to believe that it could be the prototype for a new weapons system, and the U.S. has no defense against it.

The School of Aeronautics and Astronautics at China’s Xiamen University developed the rocket, dubbed “Jia Geng No. 1” and carried out its launch in the early morning hours on Tuesday, according to the university’s report.

The university referred to the rocket as “a new type of winged recyclable rocket” as part of the their “Double First Class” project. The test served to “verify the aerodynamic performance of the double-spaced wave precursor layout.”

Xiamen is the first university in the world to develop and launch a hypersonic aircraft, having originally created the design in 2008.

Hypersonic weapons are capable of achieving as high as Mach 15 speeds — 15,000 miles per hour. The Jia Geng rocket achieved a speed of 11,509 miles per hour, according to The Sun. 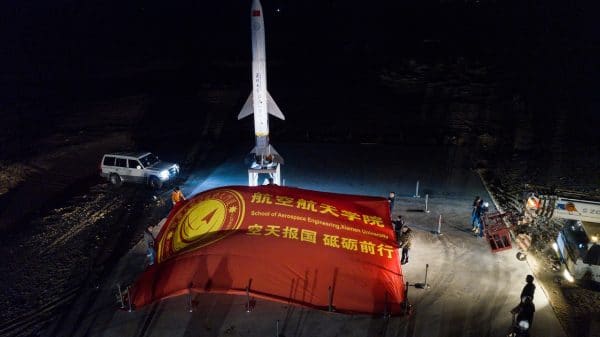 Hypersonic weapons from China and Russia are identified by U.S. agencies as one of the most significant emerging weapons threats.

A Government Accountability Office report from Dec. 2018 warned, “China and Russia are pursuing hypersonic weapons because their speed, altitude, and maneuverability may defeat most missile defense systems, and they may be used to improve long-range conventional and nuclear strike capabilities. There are no existing countermeasures

Zhu Chengxiang, an assistant professor at the university’s School of Aerospace Engineering, said the design is also referred to as “the double waverider,” which could be a reference to the Boeing X-51 Waverider, a hypersonic passenger plane currently in development.

While the X-51 travels on a layer of hot gas called a “shock wave,” the Jia Geng No. 1 travels on two layers of those shock waves – “one under its belly and the other in the air-inlet duct for its ramjet engine,” South China Morning Post explained. 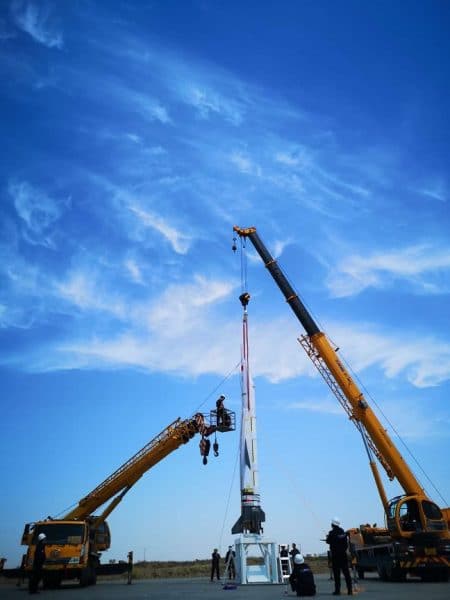 The rocket is named for Xiamen University founder, Chen Jiageng, who is also a prominent businessman in China.